is the principal value of the arctangent, ie. the one in the interval 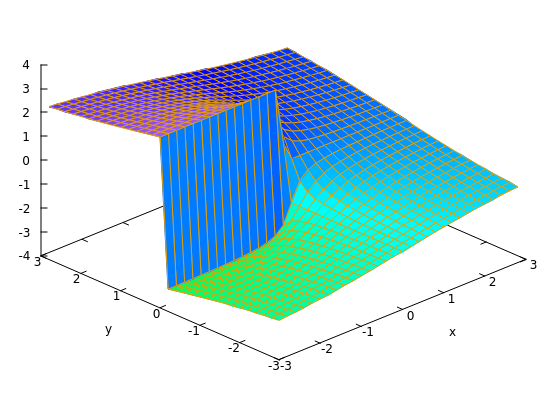 (except at the origin).

has the same partial derivatives. 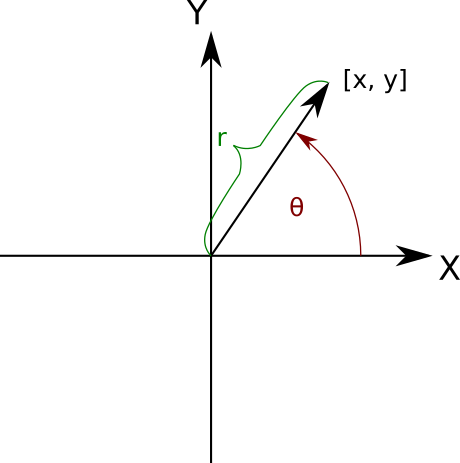 . Consider the following system of equations:

, this system has a unique (up to a multiple of

. For simplicity k is often set to zero.

(up to a multiple of

), atan2 can be thought of as the “inverse” of the cosine and sine of the same argument.

The definition at the beginning of this article is suitable for mathematical analysis. However, a more intricate definition is needed for floating-point computation, one that takes signed zeros and infinites into account. The following appears in the C standard: 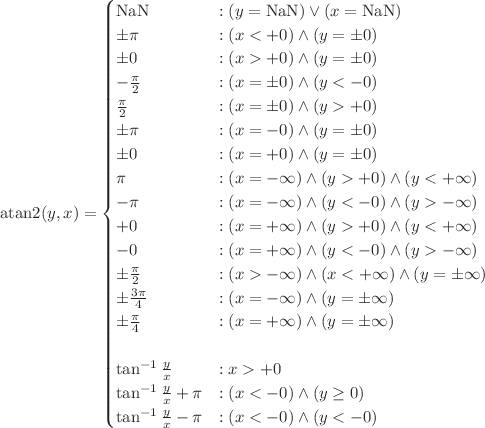