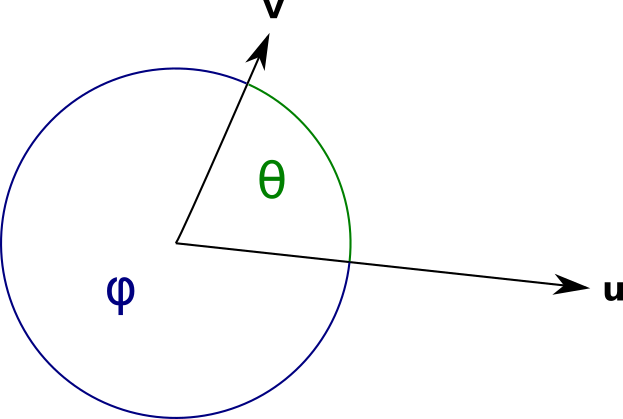 Which one to choose?

there are two angles between any two vectors. The smallest one I'll call

The smallest angle between two vectors

which follows easily from the geometric definition of the dot product:

The other angle is simply the 360° complement: 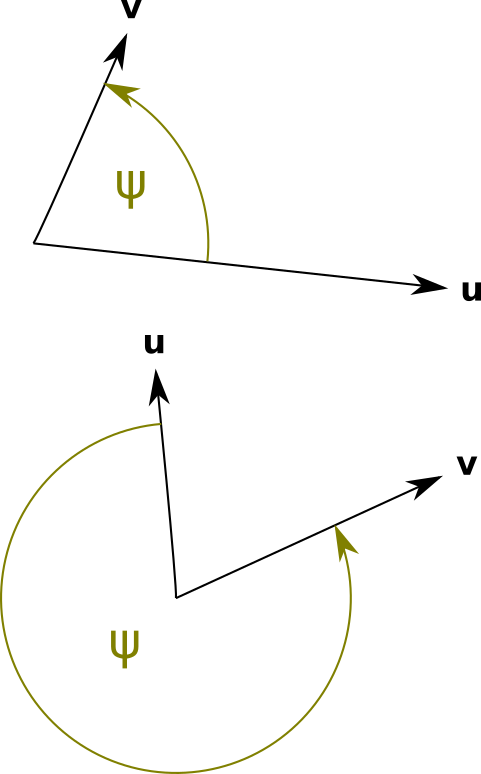 Oriented angles between example vectors u and v.

Some applications call for the oriented angle

. It's the angle going from one vector to the other in a specific direction. The convention that I use is that the direction be counter-clockwise.

Because the angle is oriented, changing the order of vectors (or the used convention) changes the angle's sign:

It's also worth noting that:

In any coordinate system:

Using the geometric definitions of the two-dimensional cross product and the dot product:

Solving for the sine and cosine:

(see Systems of equations involving the cosine and the sine of an unknown):

The simplification can be done because

and eliminating it will not change the result (see properties of atan2).