A repository for prototypes 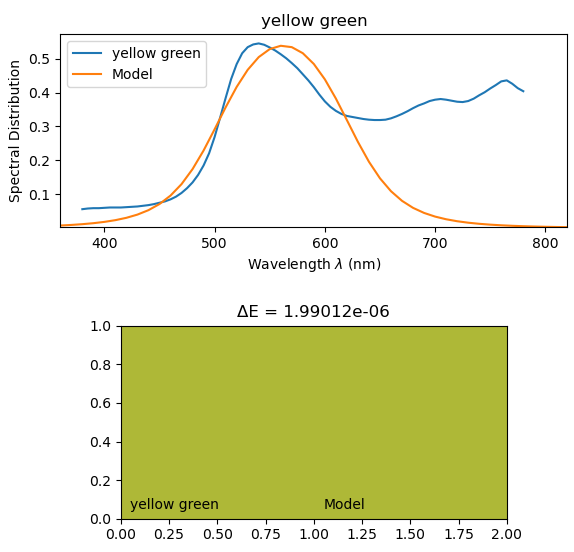 An example output from the script

I've just created a Git repository for prototypes. It's a place for experiments and early code that's not yet ready for inclusion in Colour.

The first script there successfully finds the coefficients described in Jakob and Hanika for a few test colors. It doesn't work too well yet. There are convergence problems with methods that find local minima and I had to resort to using a (very slow) global optimizer. I'll talk about these issues in more detail in a future post, after working on the feedback mechanism proposed in the article.